I often receive questions about rv.Signal and rv.Position indicators and supposing they generate a bit of confusion, I hope the following may help.

In origin, it was Signal. It was the first attempt to generate inversion warnings. Its model was hand trained. Then, with various steps, it has developed into the first version of the Position indicator. It was not just trying to catch inversions, but to recognize an “open-hold-close” sequence, that for sure is often coincident with the inversion sequence of the Signal indicator, but being able to provide much more complex information. The present rv.Position indicator is the development of the original and has demonstrated long term reliability. It has grown to a group of indicators that work together in reciprocal confirmation. 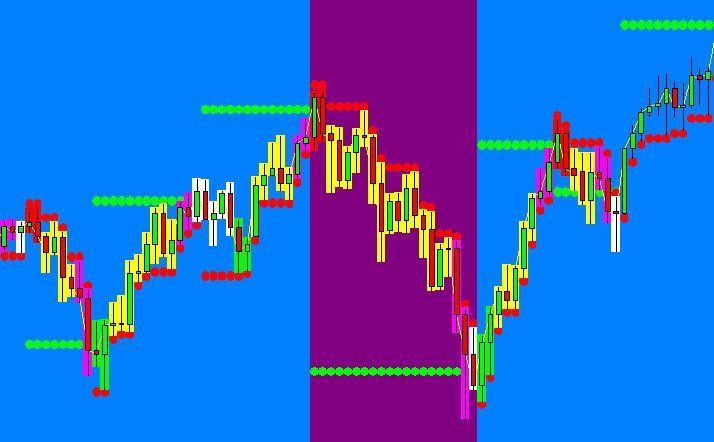 Here a sample of the training screen for the rv.Position indicator. r.Virgeel learns to take and hold a position until the reversal occurs. rvPositionColor, rv.Targets and rv.Stops are set as consequences.
All these indicators are calculated and evaluated independently, without knowledge of each other. The process is now partly handmade, partly algorithmic and supervised. Hundreds of positions concur to setup r.Virgeel’s pattern recognition, in many different market conditions. And every day a new bar adds to its knowledge. 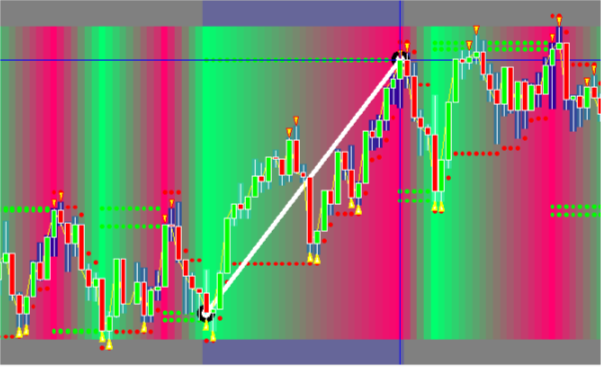 After rv.Position has been developed, the Signal indicator was temporarily dismissed. After a while, I decided to revive it and make it another confirmation tool. r.Virgeel is like a son to me, but I cannot trust one single indicator. Even if rv.Position gives an articulated insight in the market position, I always search for confirmations from a different logical approach. 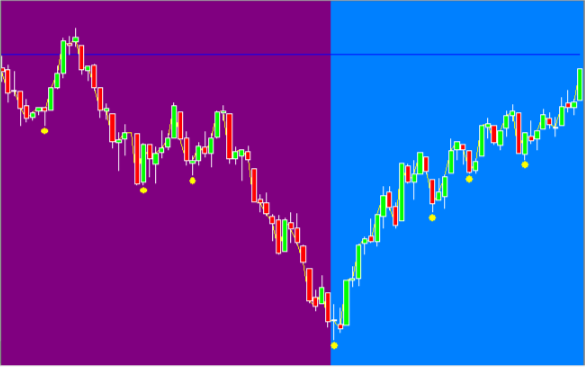 Now, rv.Signal is composed of hand taught signals, plus other signals generated by a cyclical analysis (here a sample of the minimum detector) at four different levels (short term, medium term, long term, extra long term). Cyclical analysis is not yet complete, but working. It sorts out that rv.Signal is a sort of freestyle turning point detector, that works also for short term swings and mainly as a confirmation for the rv.Position system. 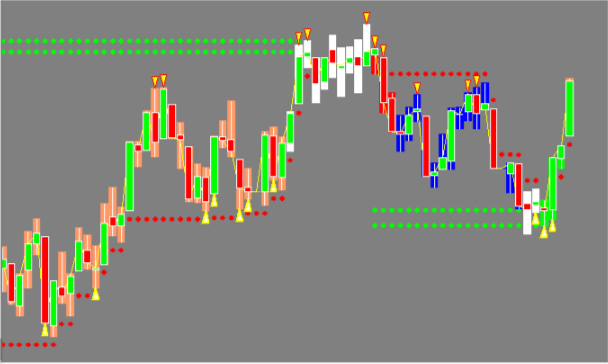 The ideal final charting of the mix of  rv.Signal and rv.Position indicators is something like this. A complex of bars evaluation, target, stop and triangles that mark the relevant turning points, mostly in the direction of the underlying position. My attitude is to limit as much as possible to take position against the current trend, even if sometimes the sudden corrective move holds some real value.

rv.Signal ideally fires +1/-1 values. In the real world, the values range from +1/-1 to a fraction of them, and, even if the .3 or .4 values means a very weak warning, I prefer to chart also smaller values to have the visual feedback.

rv.Position ranges from +1/-1 to zero. Ideally, a +1/-1 (Open Long/Short) warning is fired, then its value slides down to a +0.5/-0.5 (Hold) value, and in the final bars of the position, the value goes toward zero, that marks the “Close. Out of the Market” position. In the real world, it often happens the same.